Simone Ducharme is poised to be the next big thing in the world of jazz. In fact, according to industry insiders, it’s almost a sure thing. Twenty-four, exotically beautiful and blessed with the kind of voice that seems to come along only once in a generation. But to stand where she now stood, in the live room of a legendary Hollywood recording studio—a studio that had been home to some of the most famous recording artists in history—required more than looks and talent. She also had an understanding of the music industry in general and the Jazz genre in particular that transcended her age and experience. In short, Simone was the whole package. 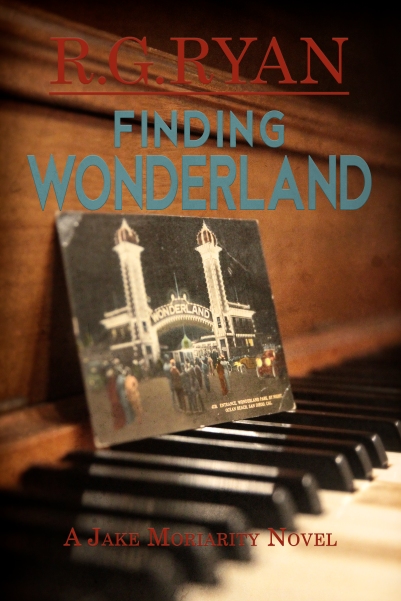 Her producer, Lonnie Falcon—also jazz great Aaron Perry’s producer—is confident her debut album will surpass one million units in sales and be the crowning jewel on his already illustrious career. But while polishing up her vocals on the album’s final track, she simply vanishes while on a five-minute break from recording. But is her disappearance voluntary, or has she been abducted? Falcon only knows one man who can make that determination—Jake Moriarity.

When Jake agrees to take on Simone’s case, he has no idea that his search will uncover a secret past, a vengeful former enemy and lead him through long forgotten, subterranean ruins into a violent encounter with Yves Barreau…an honest to goodness dead man walking and the toughest man Jake has ever faced.

“Finding Wonderland” takes the reader on a fast-paced journey from the pristine recording studios of Hollywood to the gritty sands of Ocean Beach in San Diego where Jake is running out of time in a place that time has forgotten.

Available from iBooks, Amazon.com, and BarnesAndNoble.com